Did You Know The Story Of Instant Noodles Invention?

You are here: Home / Blog / Did You Know The Story Of Instant Noodles Invention?

Did You Know The Story Of Instant Noodles Invention?

What do you like to have when you are not in the mood for cooking? Most people would say, instant noodles. There are few other food items that let you satiate your hunger so easily. You only need to add some boiling water and a hot cup of noodles is ready. These products come in a variety of flavors. Manufacturers study the tastes of their target audience to create noodles in flavors that suit their palate. A packet includes a taste mix such as black pepper sauce along with the noodles, which adds flavor to it.

You will find these products in almost every corner of the world. Also known as ramen noodles, they are popular among all age-groups because there are cheap and easy-to-make. You do not require many utilities or too much time to prepare them.

Have you ever wondered how the products were invented? Read on to know. 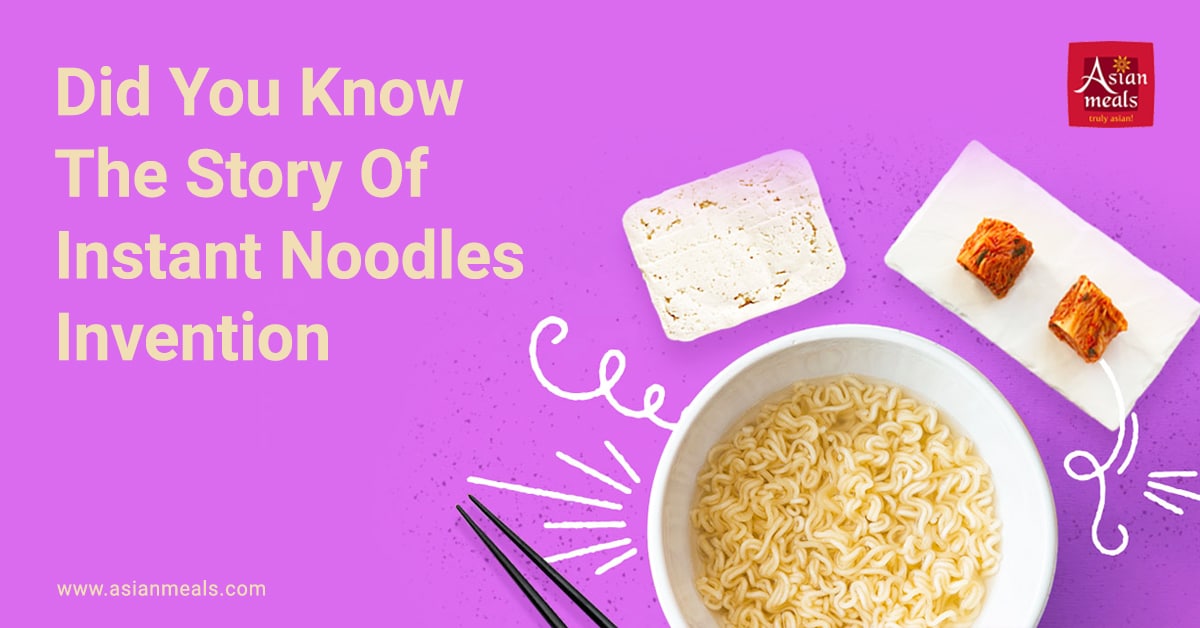 What Led To The Invention Of Instant Noodles?

“Necessity is the mother of invention.”
– Plato

After World War II, Japan was facing a stiff challenge to feed its hungry population. The nation had lost the war and was financially weak. It was dependent on the aid received from other nations. The United States of America had supplied wheat, flour, and oil to the nation. The Japanese government was exploring ways to get its people to use the flour received from the Americans.

How The Product Was Invented?

A gentleman named Momofuku Ando learn about the government’s dilemma and sensed a business opportunity. He tinkered with the ingredients in a shed behind his house and came up with a dried block of noodles. A packet of seasoning was included to provide some flavor to the food. This was the first ramen noodles ever made. Till then, traditional noodles were made in a wok with stir fry sauce, and vegetables or meat.

People loved this new concept where they could easily prepare a meal with just a pan, water, and stove. If they wanted to upgrade it, they could add black pepper sauce or any other ingredient for the purpose.

The Invention of Cup Noodles

Mr. Ando took ramen noodles to the next level in 1971 when he came up with cup noodles. The story goes that he saw a store staff in the U.S make noodles by breaking the cake and dunking it into hot water. He realized that this concept would enable people to have a meal even if they didn’t have access to a pan or a bowl for cooking ramen. He worked on the idea and invented cup noodles which turned out to be another blockbuster product.
Buy AsianMeals Instant Noodles Soup Bowls for A Flavorful Experience

If you want to try some soup with ramen, then you must get hold of AsianMeals rice noodle soup bowls. The product comes in 3 exciting flavors, curry laksa, tom yum, and garlic sesame. The best thing about these noodles is that there’s no cooking involved. You only need to add some hot water to the packet ingredients and you will have a steaming bowl of soupy noodles.

Make sure that you have AsianMeals rice noodle soup bowls in your kitchen to enjoy hot and yummy food easily.